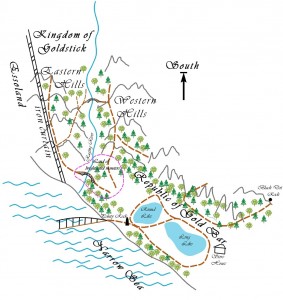 The last week of one of our fall sessions the Blue team and the Yellow team were sent on quests in the dark to find the magic spell books and return them to the Wizard of the North.  The story line included finding what they needed to get past the one eyed monster, locating the Wizard of the South 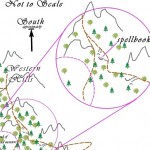 to get the treasure maps and then finding the treasure.  The groups of kids, with headlights, some without coaches, used these sketchy maps successfully to find their way around.  The coaches had fun as well dressed up in capes 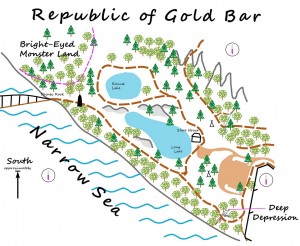 or pointy hats with glow in the dark swords.

At the end of one of the spring series we used modified versions of these maps for a game with a different (simpler) storyline.